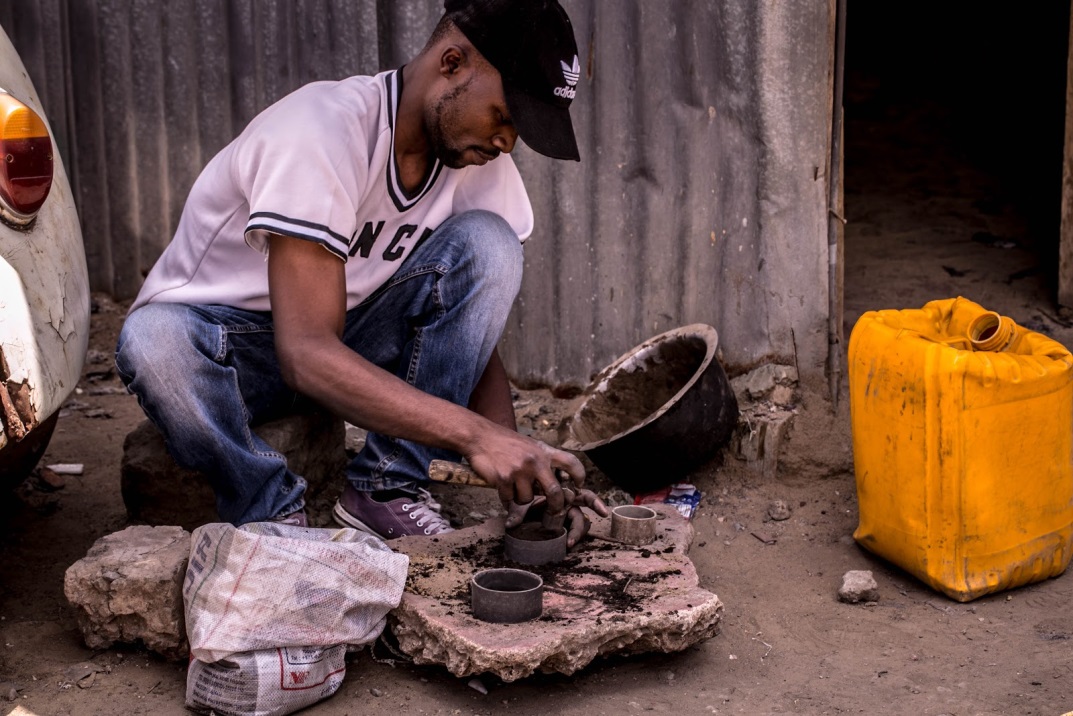 African artisans produce jewelry with international appeal, but reaching those markets is often impossible. SOKO is a lifestyle/jewelry brand that is dedicated to designing jewelry and fashion accessories and supporting a growing network of jewelry artisans in low‐income areas of Kenya to produce each piece using ethically and sustainably sourced materials. Founded in 2012 and registered in Nairobi by one Kenyan and two American social entrepreneurs, SOKO has rapidly expanded from the Silicon Savannah to the Silicon Valley, establishing its headquarters in San Francisco in 2015.

This study, titled, ‘Understanding the sustained impact of SOKO on artisans in Kenya: Empirical evidence from Kibera, Kenya’ analyzed the profile and living conditions of artisans working in one of the largest urban slums in Sub‐ Saharan Africa, Kibera, some of whom who work with an ethical jewelry brand, SOKO. SOKO’s innovation is to provide a platform to link artisans to global value chains, by leveraging on the opportunities provided by new technologies and social media platforms. The study found that SOKO is providing opportunities to young artisans, many of whom have limited formal education, although women appear to have difficulty accessing opportunities in the handicraft sector, including with SOKO. The study, comparing the artisans who worked with SOKO with others who were not connected, suggests that SOKO has boosted livelihoods. The artisans who SOKO links to international markets earn approximately 37% more than artisans not working for SOKO every month – a statistically significant difference. However, a more advanced analysis indicated that the difference may be caused by differences between the artisans who work with SOKO and their peers, and further investigation would be needed to conclusively pin down the role of SOKO in raising incomes. SOKO also contributed to sustainability by improving the artisans’ knowledge of environmental and occupational risk practices and by enhancing the ability of artisans to generate revenues outside of their relationship with SOKO. On average, SOKO artisans generated around $240 yearly from other market.

The study was part of a joint program run by the European Investment Bank and the Global Development Network, initiated in 2016, that deployed African researchers to assess the development impacts of the EIB’s work in African and Caribbean countries, allowing the bank to enhance its contribution to sustainable and inclusive development while simultaneously enhancing local research and evaluative capacity.

Name of the Asset | The impact of private sector projects in Africa Studies from the EIB-GDN Program (Study from Cycle II: Understanding the sustained impact of SOKO on artisans in Kenya: Empirical evidence from Kibera, Kenya)

Type of Asset | Paper in the Volume: The impact of private sector projects in Africa: Studies from the EIB-GDN Program (Cycle II).