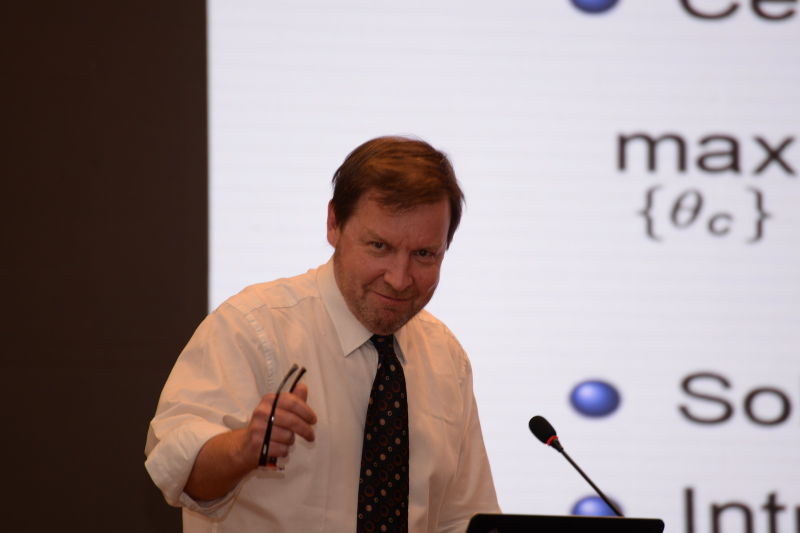 The Global Development Network (GDN) is beginning the new year 2023 with a change in leadership - a new President to head the organization.
Professor Jean-Louis Arcand, a Canadian economist and professor of economics at the Graduate Institute of International and Development Studies in Geneva is taking charge of the international development organization. He was recently elected by the GDN Board of Directors, after a rigorous and thorough selection process. Jean-Louis will be GDN’s fifth president, succeeding Pierre Jacquet, who served in the role for more than a decade.

The new President is a Founding Fellow of the European Development Research Network (EUDN), a Senior Fellow at the Fondation pour les études et recherches en développement international (FERDI) and has been a Visiting Professor at Renmin University of China in Beijing, Universidade Federal da Bahia and several universities in Africa and the Caribbean. He was assistant and then Associate Professor at the University of Montréal, and Professor at the Centre d'études et de recherches en développement international (CERDI).

Jean-Louis holds a PhD in Economics from the Massachusetts Institute of Technology (MIT), an MPhil from Cambridge University and a BA (high honors) from Swarthmore College. His research deals with the economics of development, impact evaluation, health and political economy. He has consulted, among others, for the World Bank, the FAO, UNCTAD, the UNDP, the WHO, the Gates Foundation and several national governments. More than 60 students have completed their PhD dissertations under his supervision.

The new President assumes the leadership of a growing and thriving organization, which has carved its niche in the global development arena, enhancing development research and evidence globally and promoting knowledge, research capacity and voices in the Global South to inform and improve policy at national, regional and global levels, across a wide range of thematic areas.

Acknowledging the considerable contribution of Pierre Jacquet in achieving this, François Bourguignon, Chair of the GDN Board declared, “In the name of the Board and for myself, I want to express our gratitude and admiration to Pierre for managing GDN over his mandates and being successful in defining better its mission, in the service of policy research capacity building for development, and in designing a viable long-term strategy. To top this, he was able to unite and work with his staff, the Board and partners in various parts of the world to promote and develop GDN. Overall, there is no doubt that he has shaped an important part of what is now GDN's DNA.”

Jean-Louis gears up to continue to lead the organization on this path, putting his vast experience in fundraising for research and capacity-building to use, while strengthening GDN’s institutional structure from within. He believes that GDN must figure out how to expand its reach at the global level, while maintaining regional balance between different parts of the developing world. The organization’s institutional memory and current strengths must be harnessed, with the help of its employees and through the support of the Board.

He has worked in Africa, Latin America and Asia. He will serve as President of GDN and Director General of GDN Europe,  which recently opened its new office in Clermont-Ferrand, France.

Jean-Louis Arcand can be contacted here.