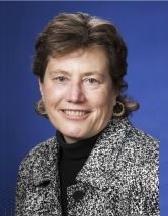 Helen V. Milner is the B. C. Forbes Professor of Politics and International Affairs at Princeton University and the Director of the Niehaus Center for Globalization and Governance at Princeton's Woodrow Wilson School. She also serves as Chair of the Department of Politics, in addition to being President of the International Political Science Association (IPSA). She received her Ph.D. from Harvard University and taught for many years at Columbia University before coming to Princeton. She has written extensively on issues related to international political economy, the connections between domestic politics and foreign policy, globalization and regionalism, and the relationship between democracy and trade policy. Her research focuses on issues related to globalization and development, such as the political economy of foreign aid, the "digital divide" and the global diffusion of the internet, and the relationship between globalization and democracy. Another strand of her recent research deals with American foreign economic policy.