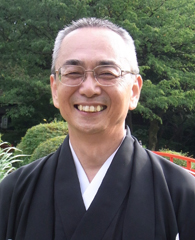 Mr. Sato has been working at IDE since he graduated University of Tokyo (BA Sociology) in 1981. He also served as a visiting researcher at Yemen Center for Research and Studies (Sana’a 1985-87 and 1997-1999), National Museum of Ethnology(Osaka, Japan,1991-92), and visiting fellow at Institute for Development Studies (Brighton, UK 20010-11).  As a development sociologist, his main focus is on social impacts of development aid projects and he visited variety of projects from primary health care to rural development in various developing countries in South-East Asia, South Asia, Africa, Central America, and Middle East including Yemen. Beside development aid projects by International Organizations and NGOs, he is looking into the role of private sector in development, such as Fair Trade, BOP (Base of the Pyramid) business, and social businesses in developing countries. He served as the president of Japan Society for International Studies (JASID) from 2011 to 2014