Home / About / Who's Who / GDN Board / François Bourguignon 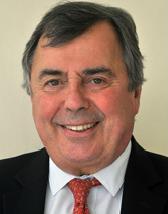 Chair of the Board & Emeritus Professor, Paris School of Economics, France and Former Chief Economist, The World Bank

Dr. François Bourguignon is Chair of the GDN Board. He is also Emeritus Professor of Economics at the Paris School of Economics and Professor of Economics, L'École des hautes études en sciences sociales. In the past, he has served as the Director of the Paris School of Economics, the Chief Economist and Senior Vice President, the World Bank, Washington (2003-2007) and as the Advisor of the Chief Economist at Banque Mondiale (1999-2000). Dr. Bourguignon was the founder and first Director of Delta, Joint Research Unit Cnrs, Ehess et Ens (1988). He is a Statistician from École nationale de la statistique et de l'administration économique and holds a Ph.D. in Economics from the University of Western Ontario. Dr. Bourguignon also has a DEA Mathématiques appliquées, Université Paris and a Doctorat d'Etat en économie, Université d'Orléans. His fields of research include income distribution, inequality and poverty, redistribution, economic development and he has authored a number of books related to these issues. He has received several awards and merits for his works. Watch this interview with François Bourguignon about his association with and his views on the mission of the Global Development Network.