Africa | Of Digitalization and Development : What does the future hold for African manufacturing?

Home / Results / Five Questions / Africa | Of Digitalization and Development : What does the future hold for African manufacturing?

Africa | Of Digitalization and Development : What does the future hold for African manufacturing? 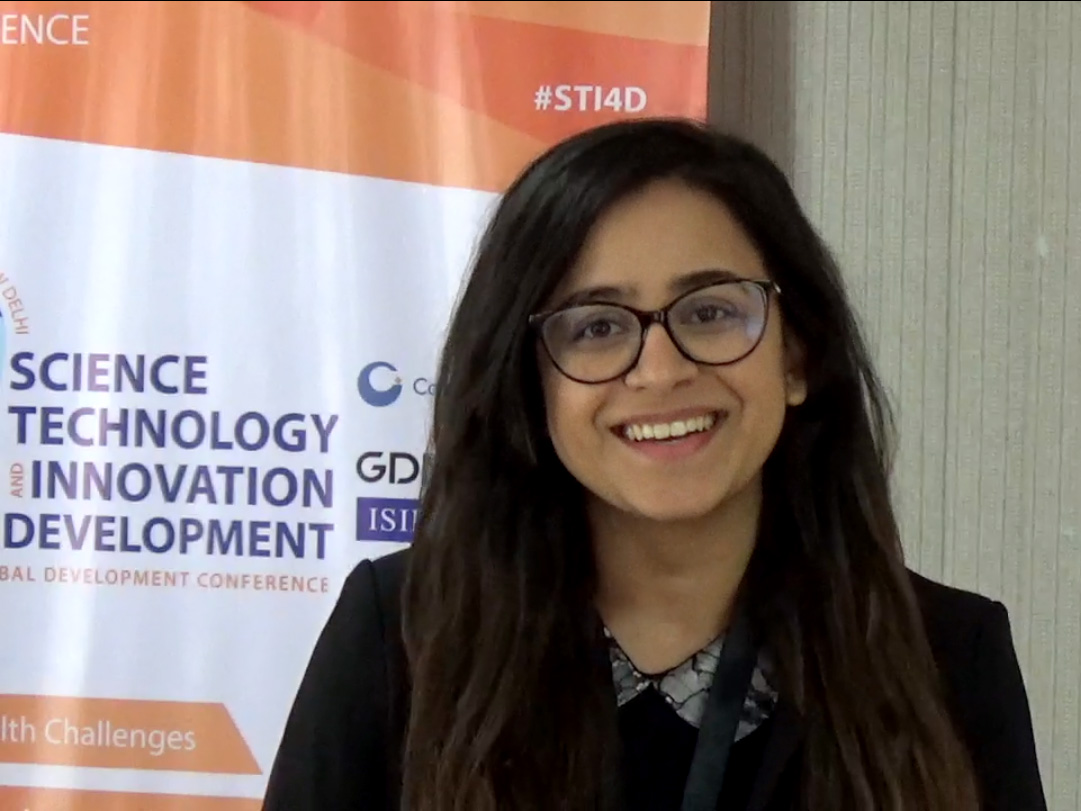 Karishma Banga speaks to GDN at the Global Development Conference on Science, Technology & Innovation for Development in New Delhi on 22-23 March 2018.

Q. I hear you have an ‘historical’ connection with the Global Development Network – could you tell me more about this?

My mother, Rashmi Banga, participated in a GDN conference, through the Japanese Innovation awards. She was at one of the conferences in Japan, and I am not sure about the other place she went to. She was awarded for her Ph.D. thesis on Japanese and U.S. foreign direct investments in India, and she presented part of her research there. So yeah, I have had long-standing relations with GDN, I have heard about it growing up, from my mother. It’s been really interesting for me to be a participant at the GDN Conference on Science, Technology & Innovation for Development.

Q. What brings you to the GDN conference on Science, Technology & Innovation for Development?

We've just launched a report on ‘Digitalization and the Future of Manufacturing in Africa,’ which we are showcasing at the conference. The report says not only that African countries face a digital divide, but also that they benefit less from digital technologies, because of a higher cost of capital and a shortage of skilled labor. It also talks about how Africans are affected by digitalization. The cost of a robot, for instance, is halving almost every decade, and at some point in the future, it is bound to become cheaper than labor, in both developed and developing countries. This means that Africans will be impacted by digitalization, whether or not they participate in the digitalization of their economies.

Q. But what is meant by ‘Africa’? Are there not some areas that are more ‘digitally’ developed than others in Africa, with greater access to education and the internet?

Yes, there are. We are taking a macro-economic approach in this study, comparing middle-income countries with low income countries, and also Asian countries to African countries. But the report does go down to the country level, and we do a case-study on Kenya. We’ve also visited some firms in different countries to see how technology has impacted their lives. We think that African countries need to approach the digital future in a two pronged way: they can utilize the next 15-20 years to move into high value added manufacturing in less automated sectors such as textiles or garments and build up their industrial capabilities there. During this time, they can also prepare for the digital future by investing in the internet, and digital technologies and targeted skills development and innovation.

Q. Isn’t this a little bit like saying, “Let the developed world do complex, high-end tasks on the internet, and let the Africans do woodwork.” Why can’t Africans leapfrog into the digital future?

We are saying that African countries should not shy away from manufacturing and they should build up their industrial capabilities and then move into the digital economy. If they haven’t overcome the traditional manufacturing constraints, such as putting the basic infrastructure for power supply or the internet in place, they will not be able to leapfrog into the digital economy. So we are interested in how Africans can prepare for the future, and we are saying that African countries should invest, from now, in digital technologies, STEM subjects, building technological innovation hubs, building the workforce etc. But meanwhile – and this is more of a meanwhile approach – these countries should focus on building their industrial capabilities through manufacturing, and address their basic infrastructure needs.

Q. So you are really talking about taking the existing African digital economy to scale, by asking Africans to put their basic infrastructure in place, first?

Yes, that’s the first step. An inadequate access to energy and to a reliable power supply, poorer logistics and infrastructure, lower ability to adapt and maintain hardware equipment and software, and lower positive externalities from joining a network- all indicate that African countries have a poorer ‘systems infrastructure’ in place, making them less digitally ready. It’s not that digital technologies do not exist in Africa already, but they haven’t diffused yet as a result. Our analysis suggests that by the year 2033, reshoring of manufacturing in the west is a very likely thing to happen.  And, Africa needs to prepare for that.